People can’t seem to get enough of Taylor Sheridan. As the creator of “Yellowstone” adds more shows to his “universe,” he and his work continue to be one of the biggest surprise success stories in the recent history of television. And in addition to all of the shows that he already has on the air and in development, Sheridan recently extended his current deal with Paramount for an extra five years which means that he’ll be creating content for the company until t least 2028.

Paramount — through both its cable channel, Paramount Network, and its streaming service, Paramount+ — has attached the franchise flag to both Sheridan and his “Yellowstone” universe. However, the prolific cowboy-creator is trying to prove that he is much more than a one-trick pony with a bunch of new and upcoming series with various focuses and settings.

Prior to creating “Yellowstone,” Sheridan was best known for his acting roles on “Veronica Mars” and “Sons of Anarchy.” You can also see him as horse trader named Travis Wheatley on “Yellowstone.” He has written several screenplays, including “Sicario” and the Oscar-nominated “Hell or High Water.”

Here is everything to know about the “Yellowstone” universe and every other Sheridan-verse show, including those in production and in development, across Paramount Network, Paramount+, Peacock, and other streaming services.

‘Yellowstone’ on the Paramount Network and Peacock

Taylor Sheridan’s most popular series to date, the show follows the Dutton family — especially the patriarch John Dutton, played by Kevin Costner — as they butt heads with land developers, an Indian reservation, and numerous foes as they aim to protect their legacy and their land.

Due to a deal made before Paramount+ was launched, even though “Yellowstone” airs on Paramount’s cable network, it is currently only available to stream on Peacock.

When the Season 4 finale of “Yellowstone” aired on Paramount Network, it brought in 9.3 million viewers. According to The Wall Street Journal, the first seven episodes of Season 5 might air as early as this summer, but that is becoming less likely as no announcement is made with each passing day.

While it seems that Paramount has no plans to tinker with the formula of cable’s biggest show, the new season’s production is reportedly a little different this time around. Paramount has decided to split the season into two parts. This strategy has worked for other cablers like AMC with “The Walking Dead,” and will also hopefully allow Sheridan to continue working on his other projects during the break. 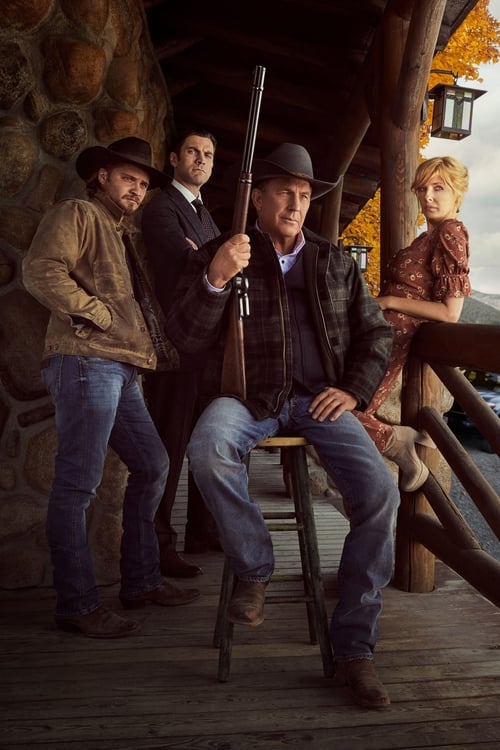 The prequel “Yellowstone” series “1883” takes viewers back to the late 19th century as the Dutton family that they first met in “Yellowstone” makes its way across the perilous American West before settling in Montana and establishing the Yellowstone Dutton Ranch.

Sheridan’s second Dutton-family show debuted with over 6 million viewers last year on Paramount+, and gained so much momentum over its 10-episode run, that when the show had its recent Season 1 finale, its popularity superseded the numbers set by “Yellowstone,” becoming the most in-demand program on Paramount+.

Paramount+ vaguely said in February that more episodes of “1883” were coming. Executive producer David Glasser announced the day after the Season 1 finale that the next “Yellowstone” prequel series “1932” was always intended to be the next season of “1883,” continuing the story in an anthology-like series. 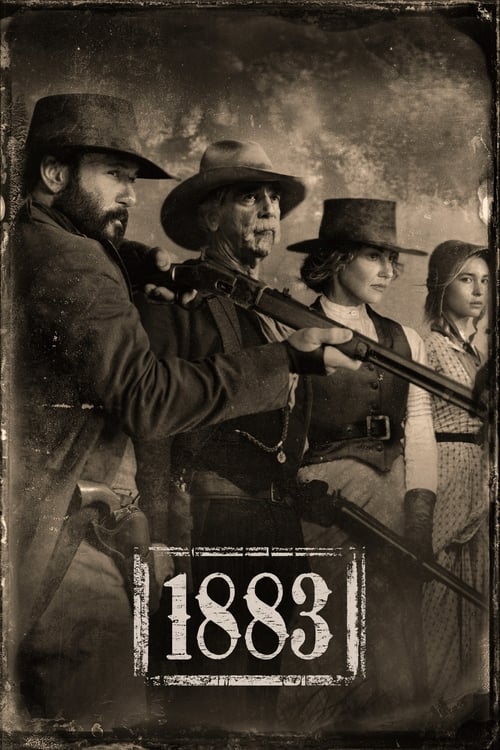 This newest chapter in the Dutton-family story will follow the story of a different generation during Prohibition and the Great Depression. The season will focus on present-day John Dutton’s parents and grandparents.

“1932” could be the true origin story of the mountainous Montana empire the Duttons control. The show’s release date has yet to be announced.

Set at the Four Sixes Texas ranch in Texas, “6666” is yet another Yellowstone prequel spinoff. Sheridan is extremely invested in this particular part of the universe since he recently became the part owner of the real-life legendary Texas ranch.

According to Paramount, “Founded when Comanches still ruled West Texas, no ranch in America is more steeped in the history of the West than the 6666. Still operating as it did two centuries before, and encompassing an entire county, the 6666 is where the rule of law and the laws of nature merge in a place where the most dangerous thing one does is the next thing… The 6666 is synonymous with the merciless endeavor to raise the finest horses and livestock in the world, and ultimately where world-class cowboys are born and made.”

The series is still in development and has not started filming.

‘Mayor of Kingstown’ on Paramount+

Centered in Kingstown, Mich., the show revolves around the local prison system — the only industry that is thriving in the area. After the death of his older brother, Mike McLusky (Jeremy Renner) takes over as the town’s mayor.

The series has also done quite well for Paramount+, pulling in 2.6 million viewers when it debuted. With its steady viewership, Paramount has confirmed that “Mayor of Kingstown” has already been picked up for a second season.

While nothing has been reported about when the show will return, one thing that does bode well for the show is that “Mayor” was not as reliant on Sheridan doing all of the writing as he has for many of his other series. “Yellowstone” series regular Hugh Dillon co-created the show with Sheridan and was responsible for many of the main story beats of the show. 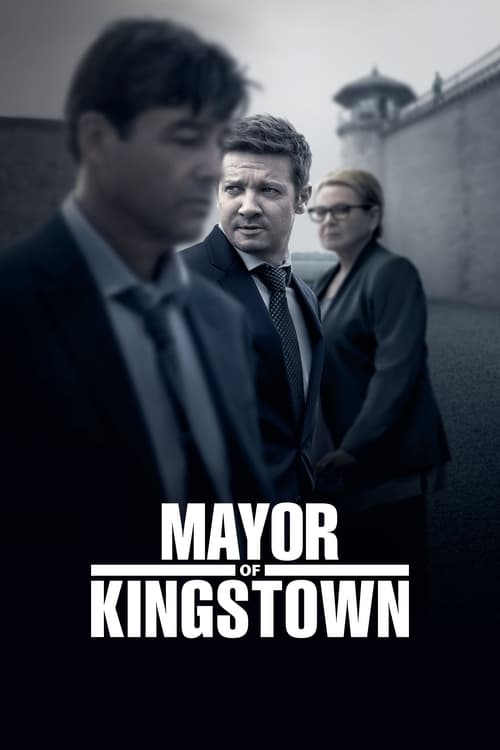 Sheridan’s hard-edged gritty storytelling will almost certainly be found in “Tulsa King,” but there likely won’t be as many cowboys as normal. The upcoming show will feature Sylvester Stallone as an East Coast mobster named Dwight Manfredi who is ordered to relocate to Tulsa, Okla. in order to pay a penance for past sins and reestablish the mob’s presence in the city.

This marks Stallone’s first starring TV role, which just goes to show how Sheridan is able to attract major film stars for his projects.

The co-creator and showrunner of “Tulsa King” is Terence Winter, who previously worked on the massive HBO hits such as “Boardwalk Empire” and “The Sopranos.”

Paramount+ is currently planning to release the first season of “Tulsa King” n the fall of 2022.

The upcoming drama series is about a female marine who is recruited into the CIA’s “Lioness Program,” which is responsible for training undercover operatives. She is tasked with befriending a terrorist’s daughter in order to bring down the organization.

Another co-creation, Sheridan is developing “Lioness” with Jill Wagner, best known for her role as Kate Argent in “Teen Wolf.” She will serve as executive producer and also plans to star in the show. In addition, Zoe Saldana is attached to star with Nicole Kidman serving as one of the executive producers.

“Lioness” is scheduled to debut on Paramount+ in 2023.

Limited Series “Bass Reeves” is currently in the preliminary stages of development. David Oyelowo has signed on to play the title character, a real-life Black cowboy and gunman, known as one the greatest frontier lawmen in the history of the Old West.

The real-life Reeves worked as a U.S. Deputy Marshal in the 1800s and captured over 3,000 of the most dangerous criminals of the time. He is also believed to be the inspiration for numerous legendary characters, including the Lone Ranger.

The show is slated to premiere on Paramount+ sometime in 2023. There’s also a separate film unrelated to Sheridan, called “In Search of Bass Reeves” slated for release on the same streamer later this year.

“Land Man” is based on the podcast, “Boomtown” about the oil boom in West Texas. Billy Bob Thornton will lead the series an oil company’s high-powered crisis manager.

While it is a similar flavor to Sheridan’s “Yellowstone,” the show does promise to be an even larger scale, putting the focus on how this oil conflict between billionaires is reshaping the global climate and our geopolitics.

The official release date hasn’t been revealed yet, however, production will reportedly not begin until next year.

A former U.S. special forces officer is recruited by the government’s Drug Enforcement Agency to lead a takedown of drug dealers who are protected by the CIA.

Filming hasn’t begun yet and a release date has not been announced.

‘The Last Cowboy’ on Paramount+

A previous Taylor Sheridan show, the docu-reality series aired on Paramount Network before “Yellowstone” debuted back in 2016. “The Last Cowboy” followed the competitive sport of horse reining and ran for two seasons. 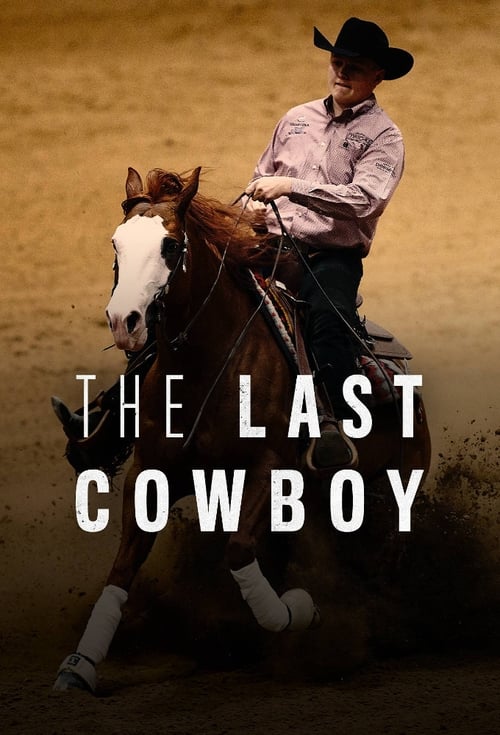 A documentary competition show that chronicles the lives of riders competing in the high-stakes sport of horse reining. The contenders are determined to elevate and preserve the cowboy tradition as they guide horses through precise patterns of circles, spins and stops. Run for a Million serves as the culmination of the series, where the riders compete for a $1 million purse.

Sheridan wrote the screenplay for “Sicario” which starred Benicio del Toro, Josh Brolin, and Emily Blunt. Sheridan was nominated for the Writers Guild Award for Best Original Screenplay. He also wrote the sequel, “Sicario: Day of the Soldado.” 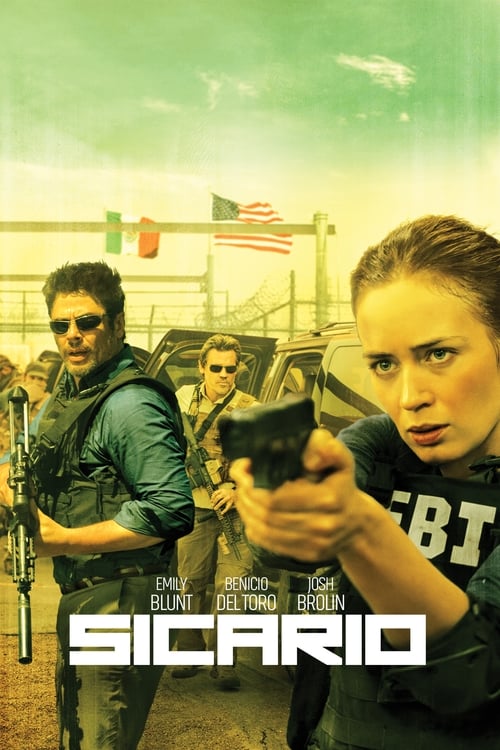 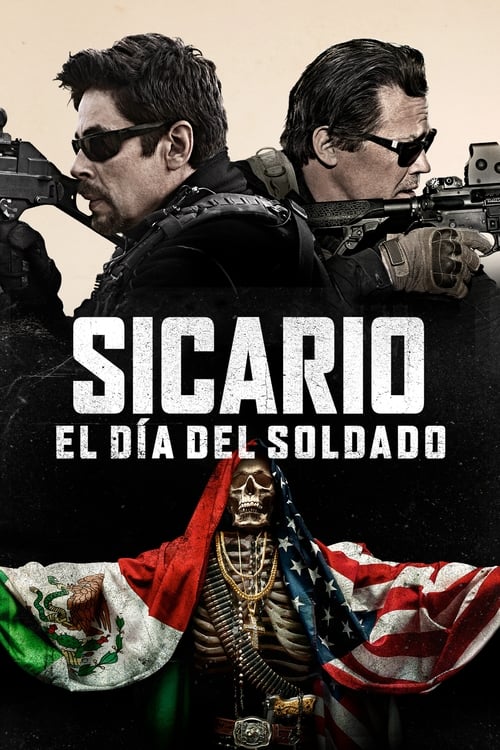 A year later, in 2016, Sheridan followed Sicario up with the film, “Hell or High Water.” The movie starred Chris Pine and Ben Foster as two brothers who rob banks in an attempt to save the family ranch, all while being pursued by two Texas Rangers (Jeff Bridges and Gil Birmingham).

The film was nominated for four Academy Awards and is currently being adapted for a potential series on Fox, though Sheridan is not apparently involved. 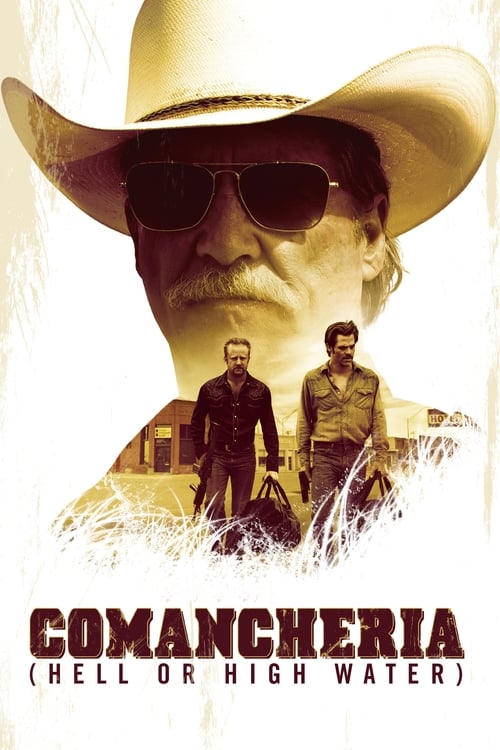 Those Who Wish Me Dead

This movie has a few familiar faces from the Sheridan Universe. “Those Who Wish Me Dead” is about a murder witness who finds himself hunted down by twin assassins in the Montana wilderness with a survival expert tasked to protect him. The film stars Angelina Jolie, Finn Little, Nicholas Hoult, and Aiden Gillen. 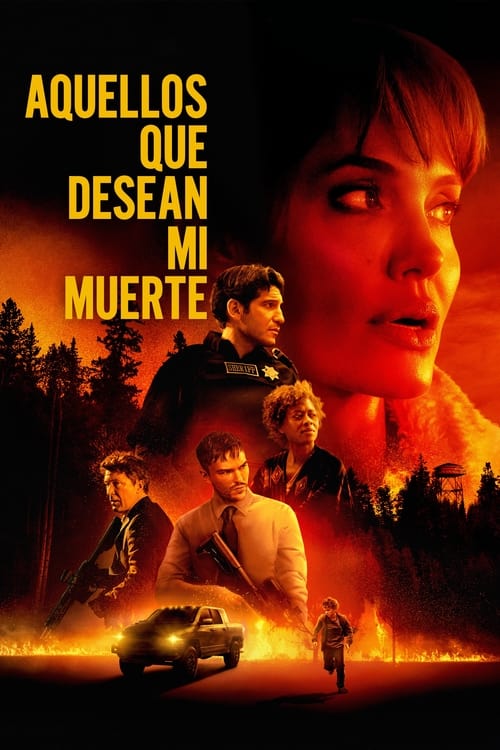 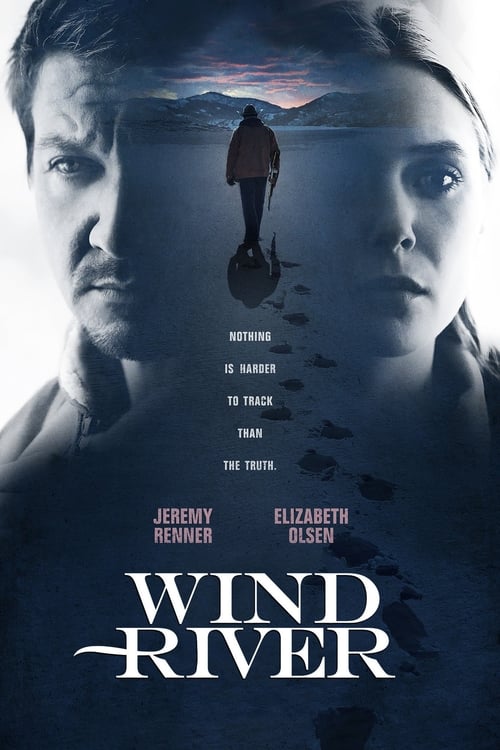 Sheridan co-wrote the screenplay for “Without Remorse,” which premiered last year. The film was based on a Tom Clancy novel and starred Michael B. Jordan as an elite Navy SEAL who wants to avenge his wife’s murder only to end up inside a larger conspiracy. 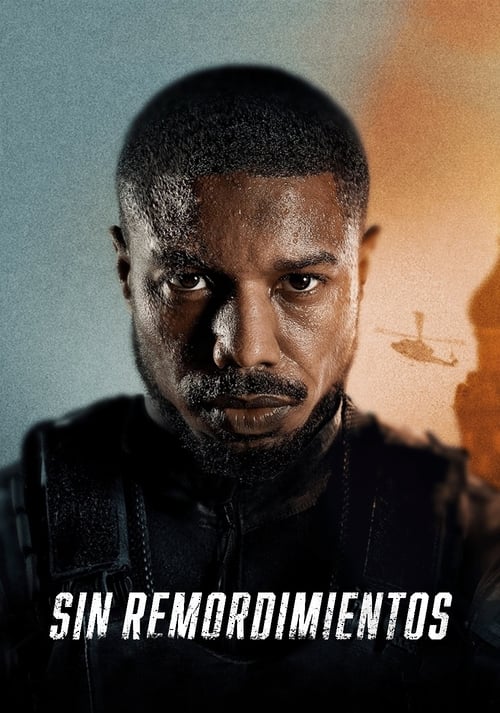 The 2011 American horror film was directed by Taylor Sheridan and starred Eric Jay Beck, April Matson, Akeem Smith, Greg Cipes, Maya Hazen, Heidi Mueller, and McKenzie Westmore. “Vile” follows ten victims who have 22 hours to escape from a locked room and must endure excruciating pain in order to get free. 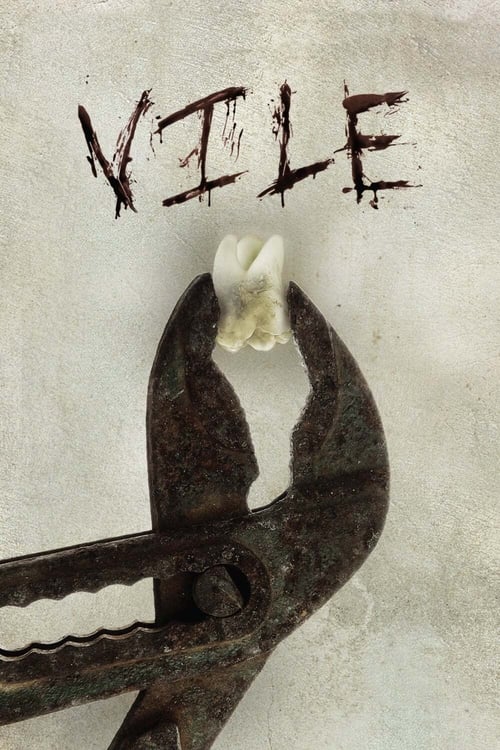