How to Watch ‘Thirteen Lives’ For Free on Apple TV, Roku, Fire TV, and Mobile

High water levels, low visibility, barely shoulder-width across, and at the end, 13 lives hang in the balance. Hold on tight for a tale ripped straight from the headlines in the Prime Video original “Thirteen Lives,” directed by the legendary Ron Howard. After a youth soccer team becomes trapped in a flooded tourist cavern in Thailand, an elite group of divers begins rescue operations that at first seem dangerous, but soon become impossible. Take the deep dive on Friday, Aug. 5 with a 30- dagars gratis provversion of Amazon Prime Video.

How to Watch ‘Thirteen Lives’

In 2018, a pre-teen soccer team made its way deep into Thailand’s Tham Luang Nang Non cave system, only to become trapped by swiftly rising waters. Waiting 18 days for aid, the 12 children and their coach had little clue how intense rescue operations were proceeding. The event quickly became global news, with all eyes watching every success and failure the rescue team made.

In “Thirteen Lives,” director Ron Howard portrays the fictionalized account of the cave’s evacuation, featuring the heroics of a British team of divers intent on doing the impossible. 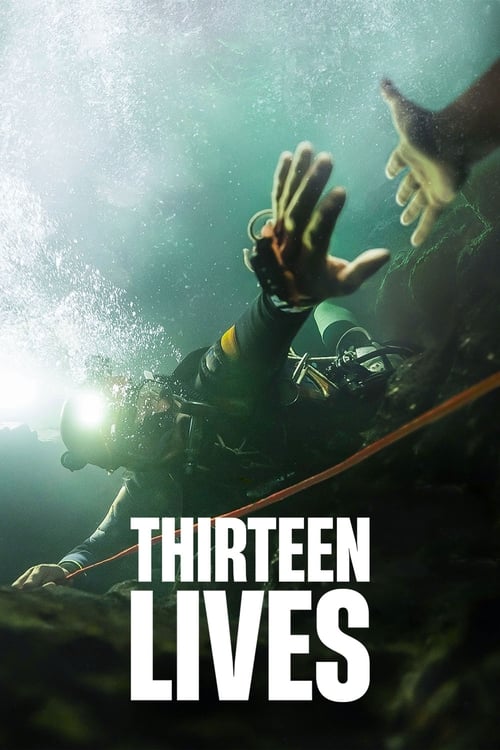 Howard emphasized his take on real-life incidents as an attempt to capture the emotions behind the event, translating how those involved felt instead of a beat-for-beat retelling of the story. With “Thirteen Lives,” he hopes the drama that unfolded within the diving crew is engaging while still portraying an accurate picture of the rescue attempt.

Can You Stream ‘Thirteen Lives’ for Free?

New subscribers can watch the season premiere of ‘Thirteen Lives’ with a 30- dagars gratis provversion of Amazon Prime Video. Current subscribers will have access to the film on Friday, August 5.

What Devices Can You Use to Stream ‘Thirteen Lives’ on Prime Video?