How to Watch ‘Cars on the Road’ on Apple TV, Roku, Fire TV and Mobile

Lightning McQueen and Tow Mater are back with an all-new animated series on Disney+. After the iconic “Cars” movies from Disney and Pixar the pair are back and setting off on new four-wheeled adventures starting on Disney+ Day, Thursday, Sept. 8. Don’t miss a single second of the nine-episode season with a Subscription to Disney+.

How to Watch “Cars on the Road”

About “Cars on the Road”

The new series features Owen Wilson and Larry the Cable Guy returning to voice Lightning and Mater and has them on a cross-country road trip to visit Mater’s sister. On their escapades, the pair encounters some familiar faces and makes some exciting new friends. 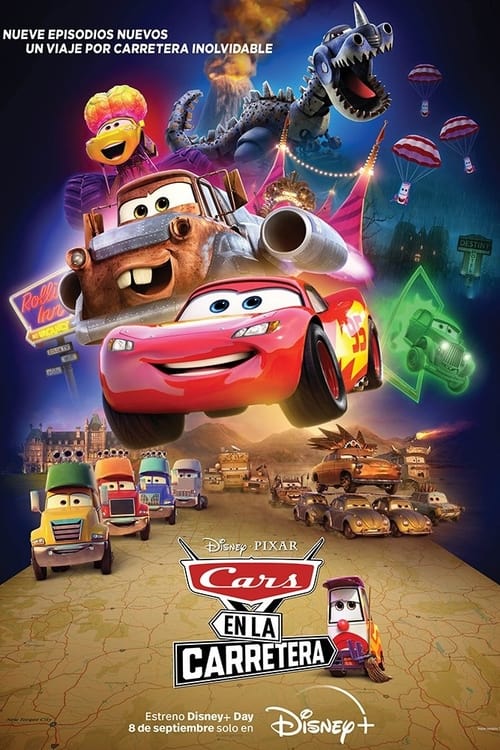 Director Steve Purcell describes the new series as “a romp across the country with Lightning McQueen and Mater,” full of adventures at every stop.

The nine-episode season will introduce new adventures for the four-wheeled friends and will feature the voice work of stars new and familiar to the “cars” universe, including Bonnie Hunt, Tony Shalhoub, Cheech Marin, Jennifer Lewis, Quinta Brunson, and more.

Disney+ Day includes several special events, including the debut on the service of “Thor: Love and Thunder,” a making-of documentary of that film and another about the “Obi-Wan Kenobi” series, a new “Simpsons” short, and a new episode of “She-Hulk: Attorney at Law.”

What Devices Can You Use to Stream “Cars on the Road” on Disney+?

"Cars on the Road" official trailer