When Will ‘Ant-Man and the Wasp: Quantumania’ Stream on Disney+?

The highly anticipated sequel “Black Panther: Wakanda Forever” will be the next Marvel Cinematic Universe movie to hit theaters when it debuts on Friday, Nov. 11. However, just three months later, the MCU’s 2023 lineup will kick off with “Ant-Man and the Wasp: Quantumania,” featuring the newest adventures featuring Paul Rudd and Evangeline Lilly in the title roles.

Watch the ‘Ant-Man and the Wasp: Quantumania trailer:

The film catches up with Ant-Man in a standalone film for the first time since 2018’s “Ant-Man and the Wasp,” as he’s shown once again visiting the Quantum Realm that was so crucial to the plot of “Avengers: Endgame.” The cast features Jonathan Majors as Kang, the main villain, who was introduced on Disney+’s “Loki,” and also on board are Michael Douglas, Michelle Pfieffer, Laurence Fishburne, Randall Park, and many others. The trailer also features a cameo from actor Ruben Rabasa, known to fans of the “focus group” sketch on the Netflix comedy series “I Think You Should Leave with Tim Robinson.”

With the film coming to theaters exclusively in February, many Marvel fans might be wondering when it will arrive for streaming on Disney+. That has not yet been announced, and probably won’t be for a while, but we can guess when it might show up there, based on Disney’s recent windowing habits.

Of Marvel movies in 2022, “Dr. Strange in the Multiverse of Madness” arrived in theaters on May 6 and came to Disney+ on June 22, 47 days later. “Thor: Love and Thunder,” came out theatrically on July 8 and landed on Disney+ on Sept. 8. That was a 62-day window, although it’s possible Disney chose to delay “Thor” later than they may have otherwise, in order to land it on “Disney+ Day” along with several other high-profile releases. 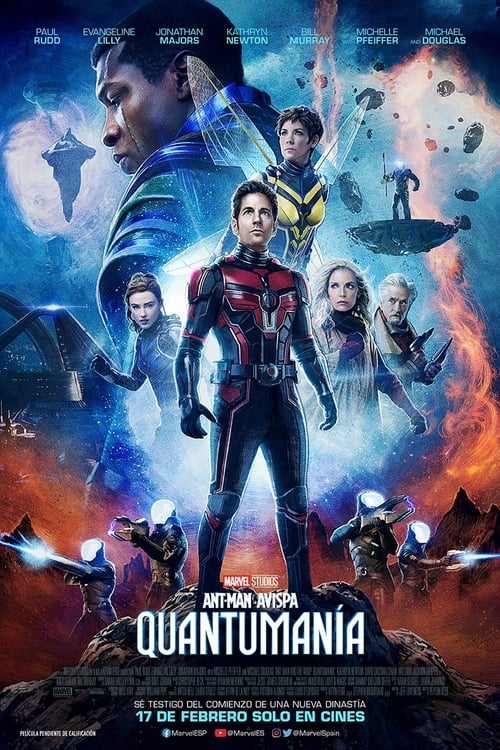 Ant-Man and the Wasp: Quantumania

It’s also worth noting that “Multiverse of Madness” came to Disney+ ahead of the theatrical release of “Love and Thunder,” so the powers that be could have been trying to clear a little bit of competition by staggering the streaming and cinematic releases. The next Marvel theatrical release after the “Ant-Man” film, “Guardians of the Galaxy Vol. 3,” is set to arrive in theaters on May 5, 2023. So, Disney could presumably want to get “Quantumania” streaming before that.

A 47-day window, in the tradition of “Dr. Strange in the Multiverse of Madness,” would place the streaming release of “Ant-Man and the Wasp: Quantumania” around the first week of April; a 60-day window — like “Thor 4” — would put it around April 15, and something like “Eternals” or “Shang-Chi” would be the last week of the month.

So our best guess is that “Ant-Man and the Wasp: Quantumania” will land on Disney+ on Monday, April 10, clearing the way for “GotG 3” to have the undivided attention of the MCU fandom.