An intriguing new Peacock documentary examines the friendship Prince Andrew, Duke of York had with Jeffery Epstein and Ghislaine Maxwell, as well as details the allegations against him. In “Prince Andrew: Banished,” viewers will get a closer look at the prince’s life and his disgraceful downfall, fueled by jealousy and greed. The 90-minute documentary debuts on Wednesday, Oct. 5. You can stream it with a Subscription to Peacock.

How to Watch ‘Prince Andrew: Banished’

“Prince Andrew: Banished” looks at Andrew’s scandalous acts as a member of the Royal Family. Virginia Giuffre, who was 17 at the time, alleged that Andrew had assaulted her in three different instances, though he maintained his innocence. That case reached a settlement earlier this year.

Prince Andrew was once considered “the queen’s favorite son,” but Queen Elizabeth II ultimately chose to remove his military titles and royal patronages due to both his connection to Epstein and Maxwell and his sexual assault allegations. 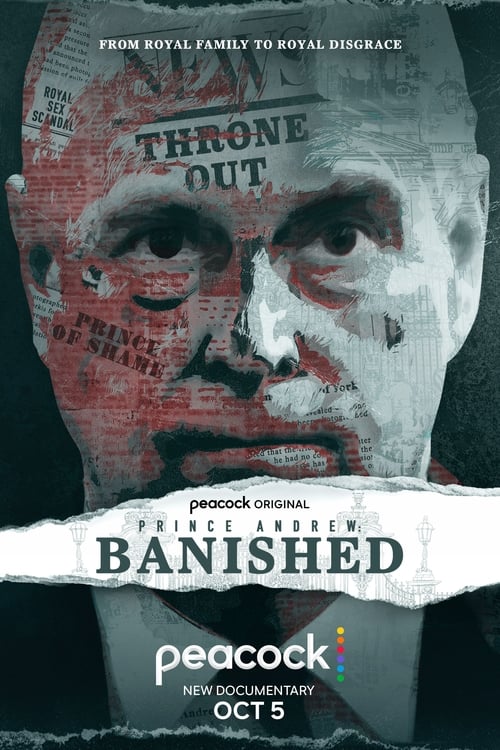 Follow Prince Andrew, whose behavior brought scandal and disgrace to the royal family. Pushing him into the sex offenders Jeffrey Epstein and Ghislaine Maxwell, and then into a sex trafficking scandal that threatens the House of Windsor.

The full story is told through a series of interviews with a royal press secretary, palace insiders, and journalists familiar with Andrew and the criticism he received. Those within his social circle also share their perspectives. Viewers will learn fascinating details from the legal team responsible for bringing his allegations to the public’s attention.

In the “Prince Andrew: Banished” trailer, journalist Helen Kirwan-Taylor spoke about his reputation and said, “The talk of the dinner parties was he couldn’t keep his trousers closed.”

Can You Watch ‘Prince Andrew: Banished’ for Free on Peacock?

Peacock offers a free subscription tier but you will need to sign up for a paid subscription to stream the full library of titles, including “Prince Andrew: Banished.” Premium with ads costs $4.99 per month and premium without ads is $9.99 per month.

What Devices Can You Use to Stream ‘Prince Andrew: Banished’ on Peacock?