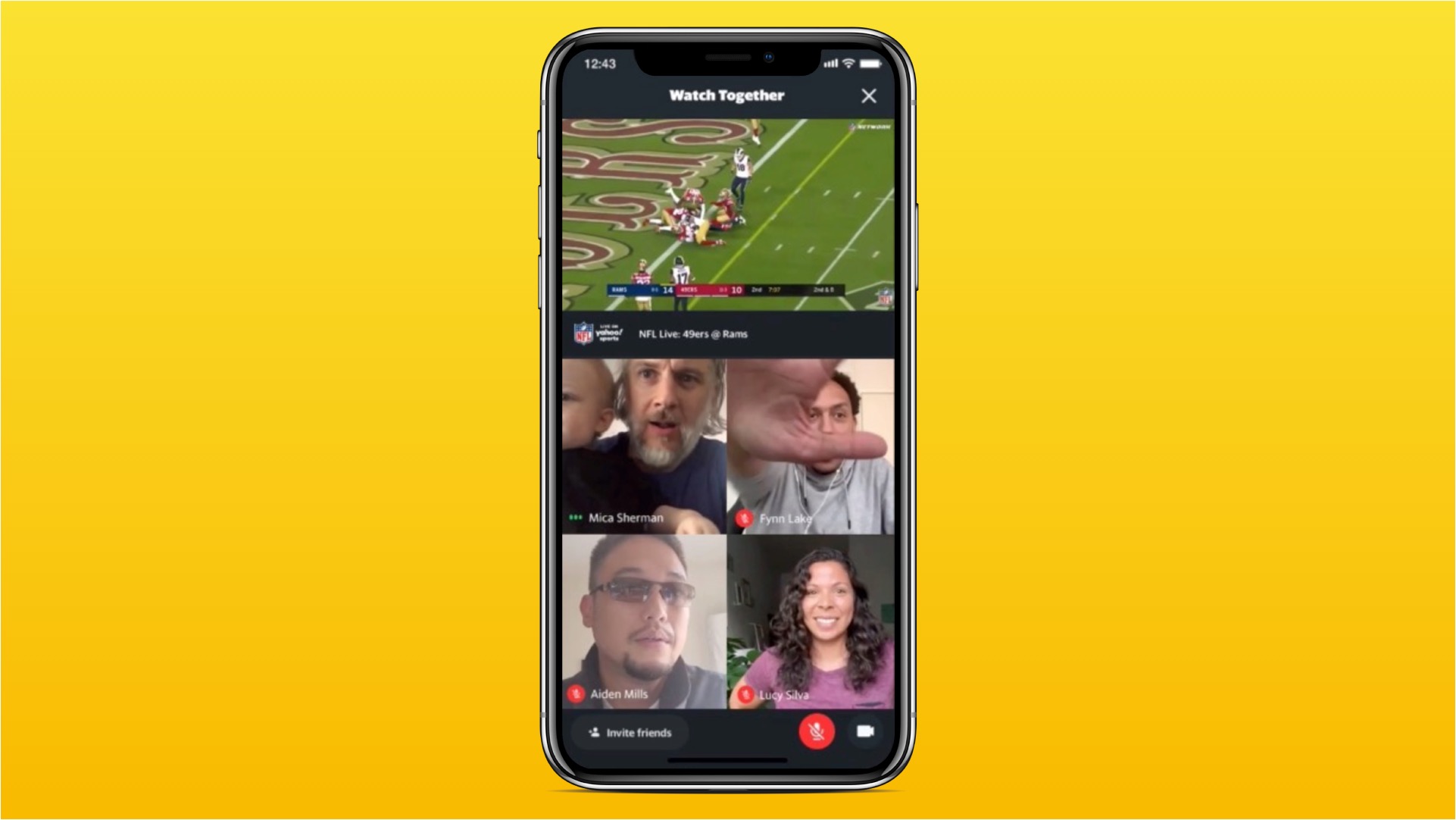 With the coronavirus eliminating or limiting the number of spectators allowed in most football stadiums this season, the league has found a way to keep fans plugged in. Today, Verizon and the NFL announced they have partnered to launch a “Watch Together” feature on the Yahoo! Sports app.

“Watch Together” allows you to invite up to three family and friends through a synchronized livestream, creating an interactive, virtual experience that lets viewers feel like they are watching the game together. The feature will launch alongside the season’s opening game on Thursday, September 10th, between the Kansas City Chiefs and Houston Texans.

Yahoo! Sports App streams all local and nationally televised games on your smartphone and tablet. Unfortunately, it is not available on your streaming player – you’ll need a Live TV Streaming Service like Hulu Live TV for that.

Co-viewing experiences have been a major trend during the pandemic, with services like Hulu, Amazon Prime Video, while third-party services like Netflix Party and Scener have filled the void for Netflix and HBO respectively. Disney is also rumored to be launching a co-viewing feature for Disney+.

But, this is one of the first experiences that bring Zoom-like video to watch live sports through your mobile device.

“Regardless or not of if this was the COVID times, this would have been a really cool product. But just in my life, I’ve found a number of new social dynamics to fulfill those longstanding social urges, whether it’s distanced cocktail parties on peoples’ patios or decks or distanced hiking or camping or stuff like that. I think being able to bring a new way to consume a staple and favorite is a fundamentally smart strategic move for us, and again, not just because it fits the times,” Geoff Reiss, general manager and vice president Yahoo Sports, told Awful Announcing.

Yahoo Sports also announced they will be launching Yahoo Sports PlayAR, another new feature that will allow fans to see “graphical replays of key plays across all games in near real-time by layering the NFL’s Next Gen Stats proprietary tracking data on-screen with enhanced games stats for players who are part of the play.”

“There’s an appetite for knowledge across sports, whether it be to understand how salary caps work or what goes into draft picks. So giving fans the power to reconstruct plays, and being able to do that across a NFL Sunday, is kind of cool. And the cadence of a NFL game allows time for fans to dip into that as they’re hunkering down with football for a few hours,” Reiss stated.