When Will You Be Able to Stream ‘Scream 5’ Without Going to Theaters?

The “Scream” franchise has risen from its grave with another movie that’s also called “Scream” (2022), which is the fifth film of the series. It opened in theaters in the U.S on Friday, January 14.

The new movie will feature franchise favorites Neve Campbell, Courteney Cox, and David Arquette as well as some new faces such as Kyle Gallner, Mason Gooding, Mikey Madison, Dylan Minnette, Jenna Ortega, Jasmin Savoy Brown, Jack Quaid, Melissa Barrera, and more, who will all have to stand up against Ghostface.

The newest chapter is set 25 years after the first massacre in Woodsboro, California. There’s a new killer this time, who has taken on the look of Ghostface with the same mask. The killer targets a group of teenagers with mysterious intentions. 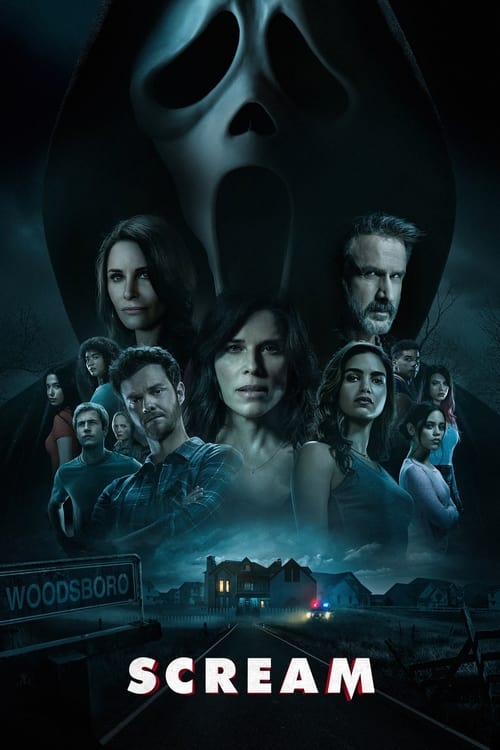 The first in the Scream franchise not to be directed by Wes Craven, Scream 5 will instead be directed by Matt Bettinelli-Olpin and Tyler Gillett. Scream 5 is a direct sequel to Scream 4, and will see Campbell, Cox, Arquette, and Marley Shelton reprise their roles. Filming took place in Wilmington, North Carolina, from September to November 2020, and the movie is slated for a 2022 release.

While the original “Scream” came out in 1996, “Scream 4” was released in 2011. This was when streaming services were only in their infancy, with just Netflix and Hulu battling it out for attention.

Now, the movies are spread out across multiple platforms, even though the franchise is distributed by Paramount. For instance, the first and second films can be found on Peacock, whereas the third is on the Roku Channel and STARZ, and the fourth is on SHOWTIME, due to deals made by Paramount before it launched Paramount+.

That being said, the 2022 “Scream” will be released where it rightfully belongs - on Paramount+. Back in February, the studio made the announcement that all its future films would stream exclusively on its own platform.

How to Watch ‘Scream’

When Will ‘Scream 5’ Come to Paramount+?

If this were to happen, “Scream” (2022) would be expected to come onto the platform around the second or third week of February, with it no later than February 28th. You will be stream to stream “Scream” (2022) on Paramount+, which offers an ad-supported priced at $5.99/month or a premium plan at $9.99/month